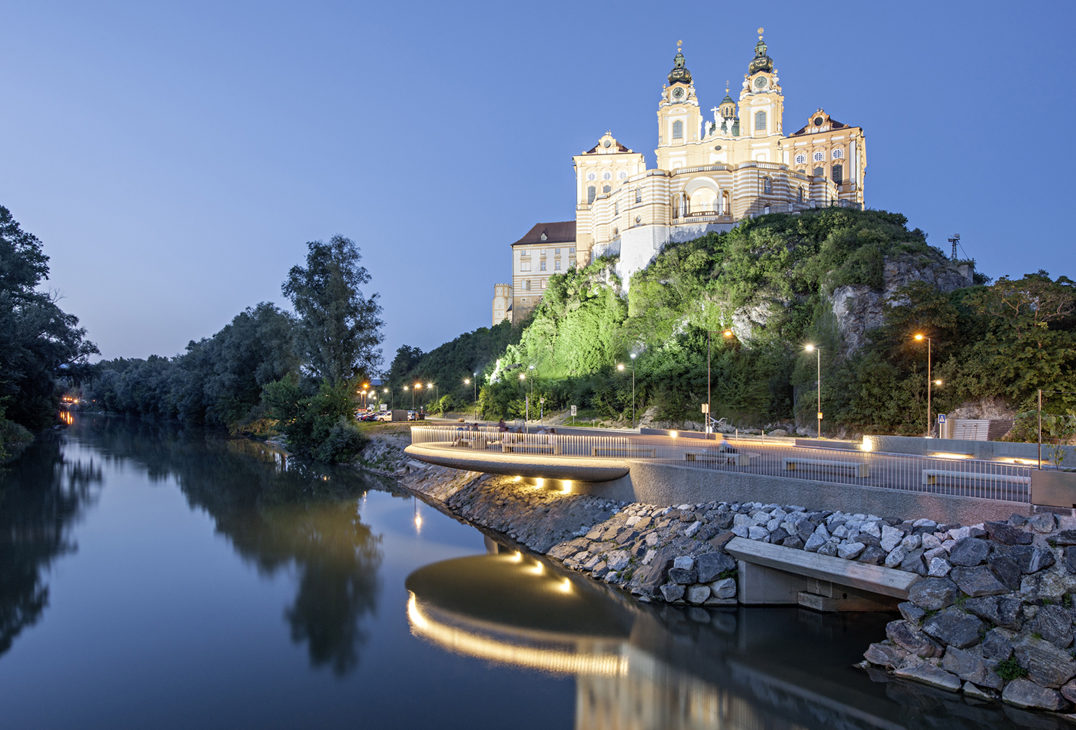 The medieval town of Melk along with its baroque abbey is part of the UNESCO Cultural Heritage “Wachau Cultural Landscape“. The main idea behind the new town square design is to create an open, freely and flexibly usable inner-city space manifesting in the form of a shared space.

Additionally, a new promenade, which incorporates the riverside flood protection facilities, is erected in the Nibelungen area. Its focal point is the newly constructed elliptic observation deck, which floats over the water mirroring Prandtauer’s porch in the abbey church. More importantly, the observation deck harmoniously unites the three counterparts for the first time: abbey, town and water. 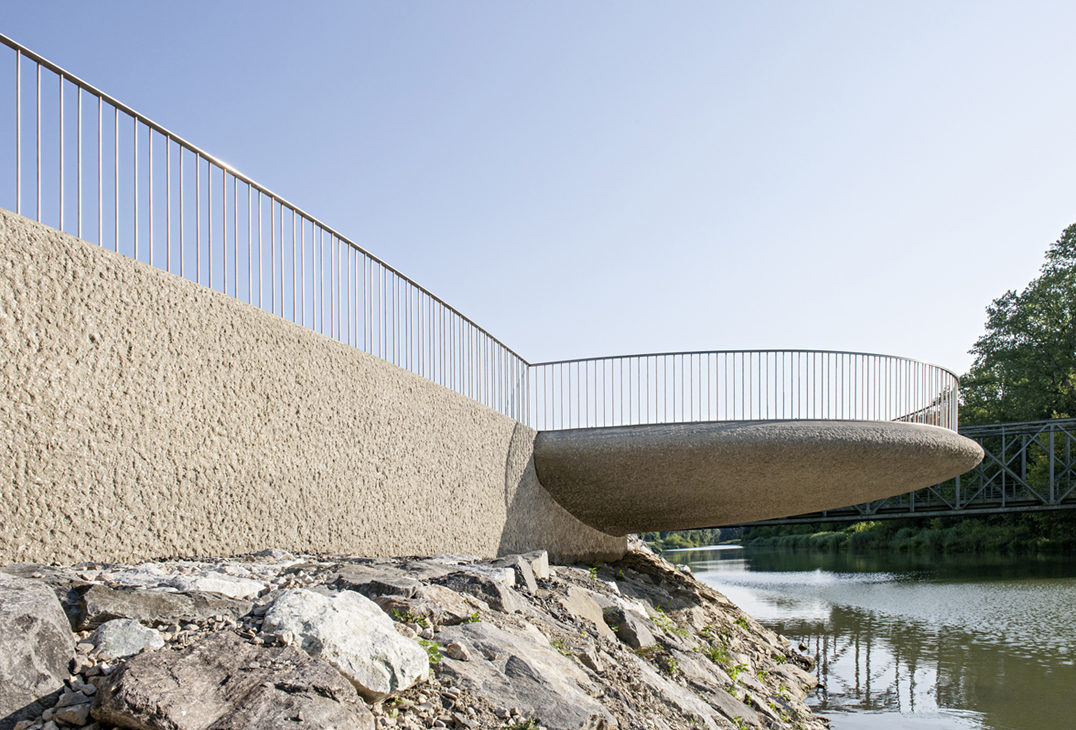 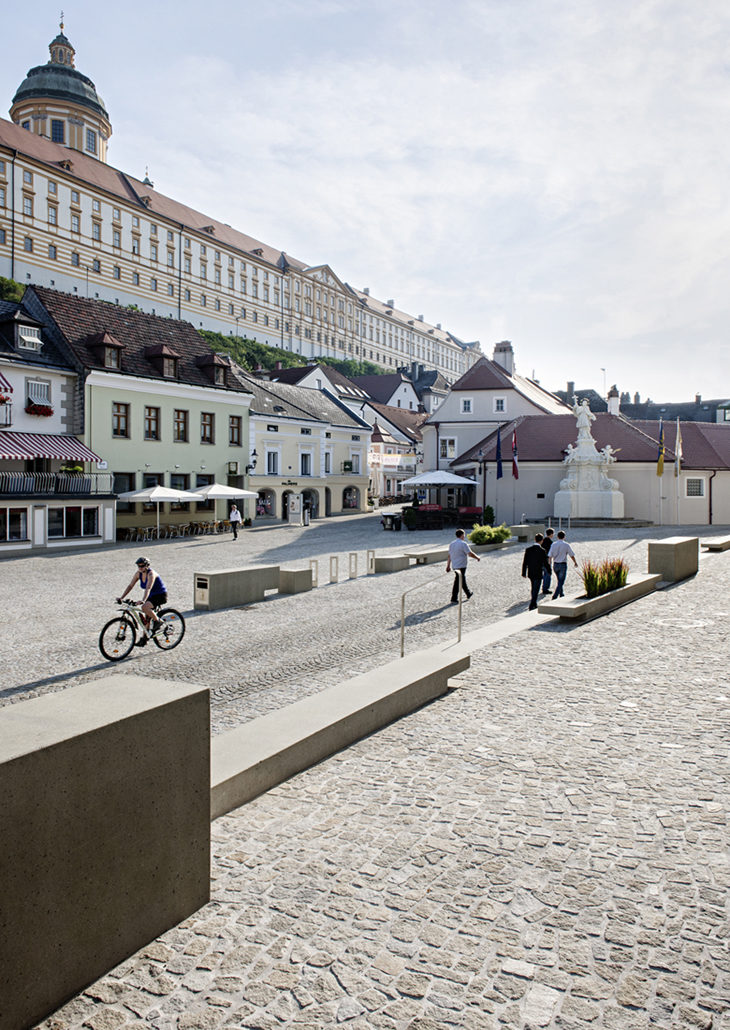 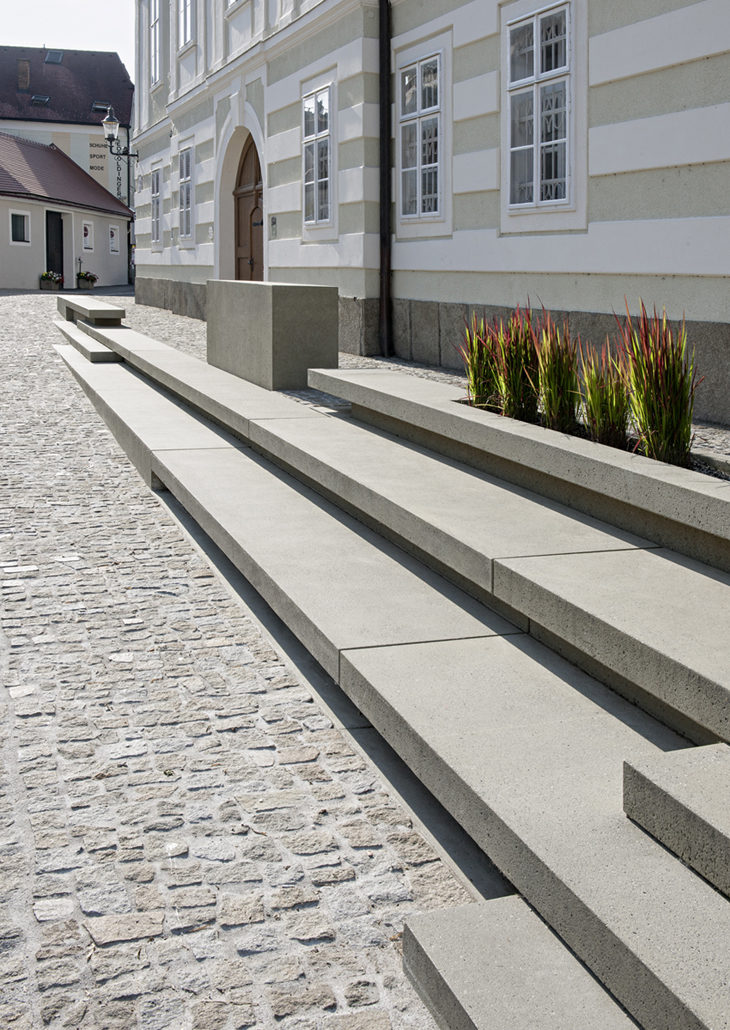 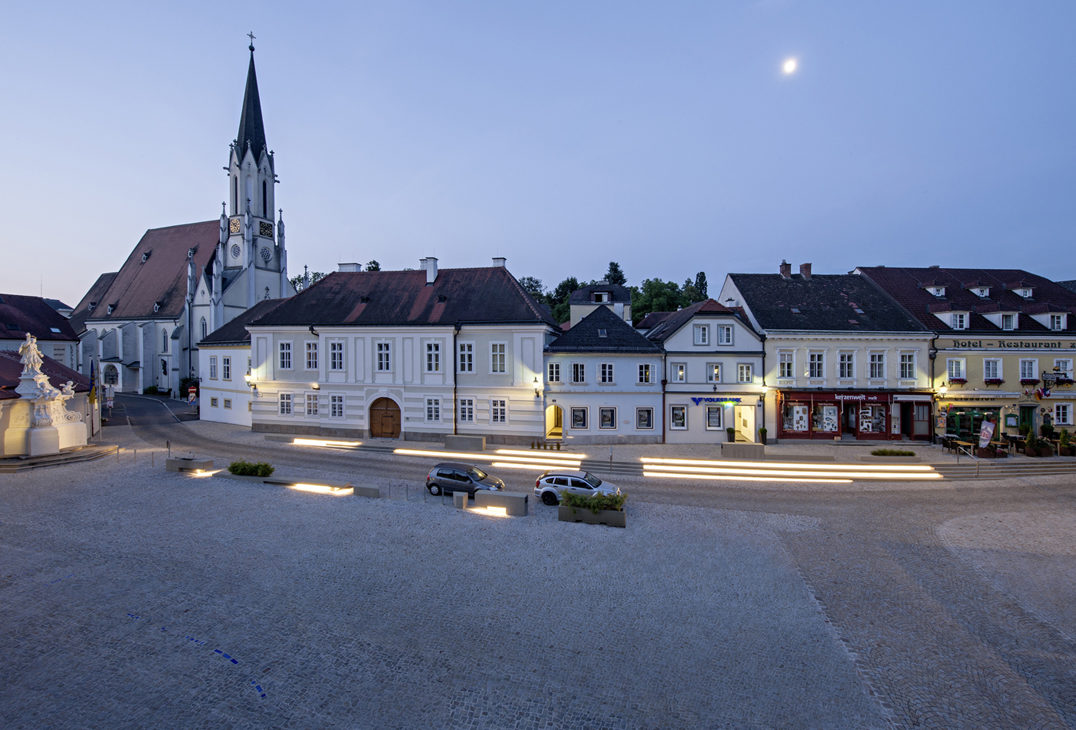 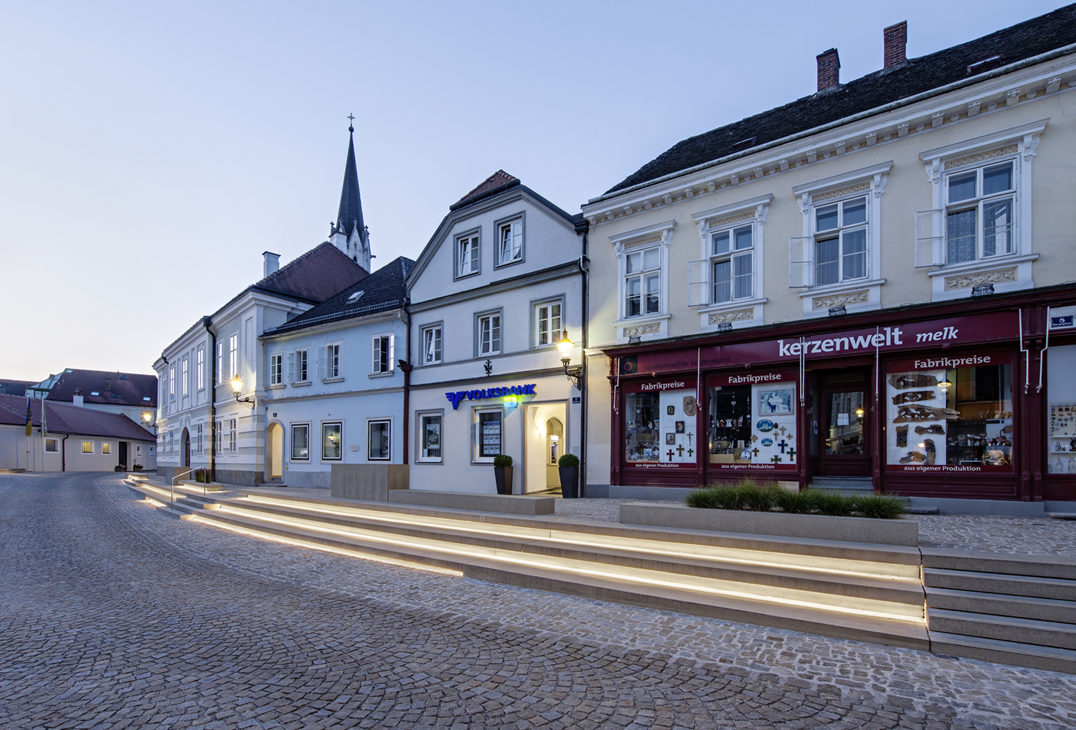 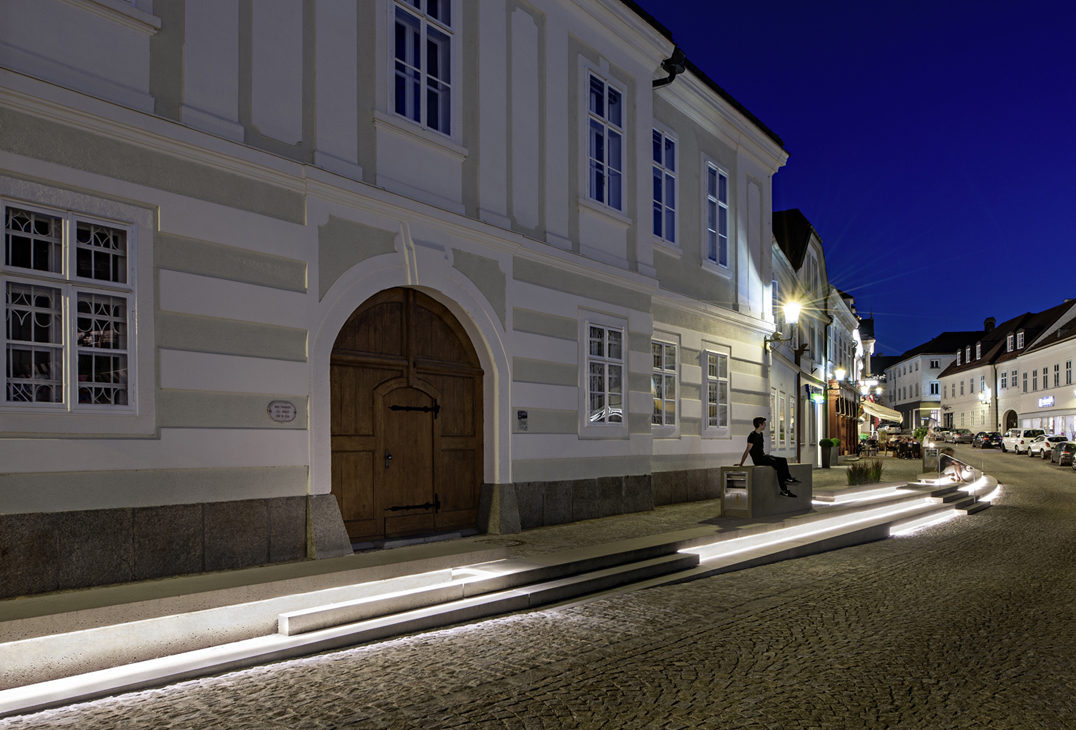 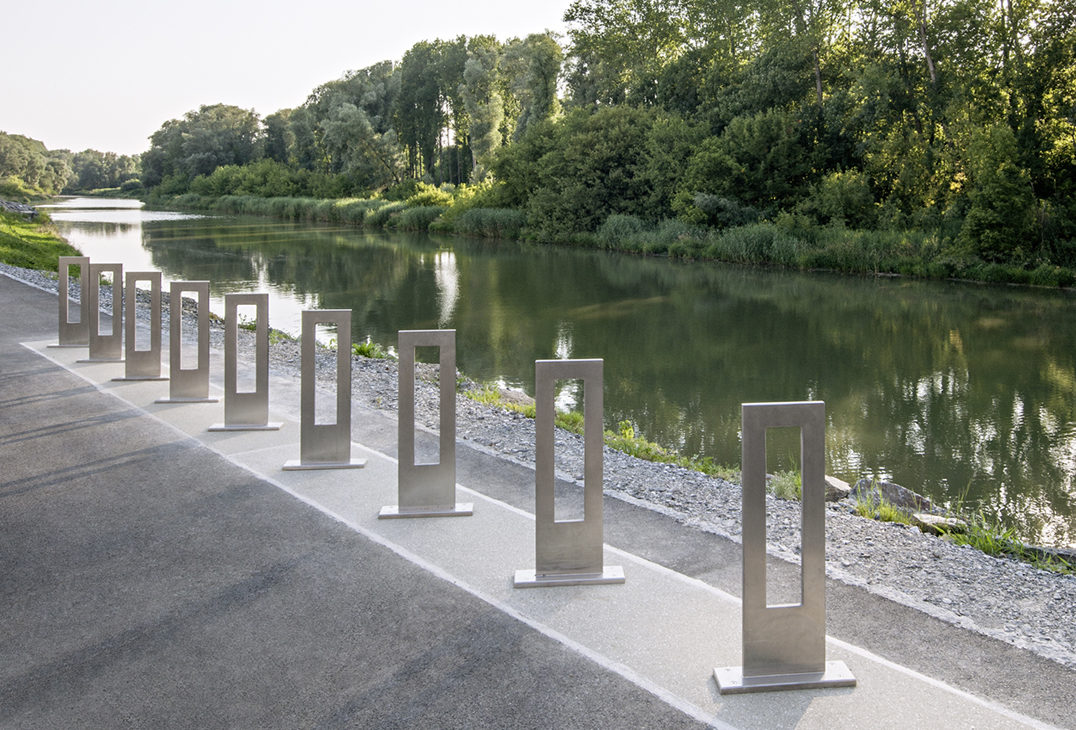 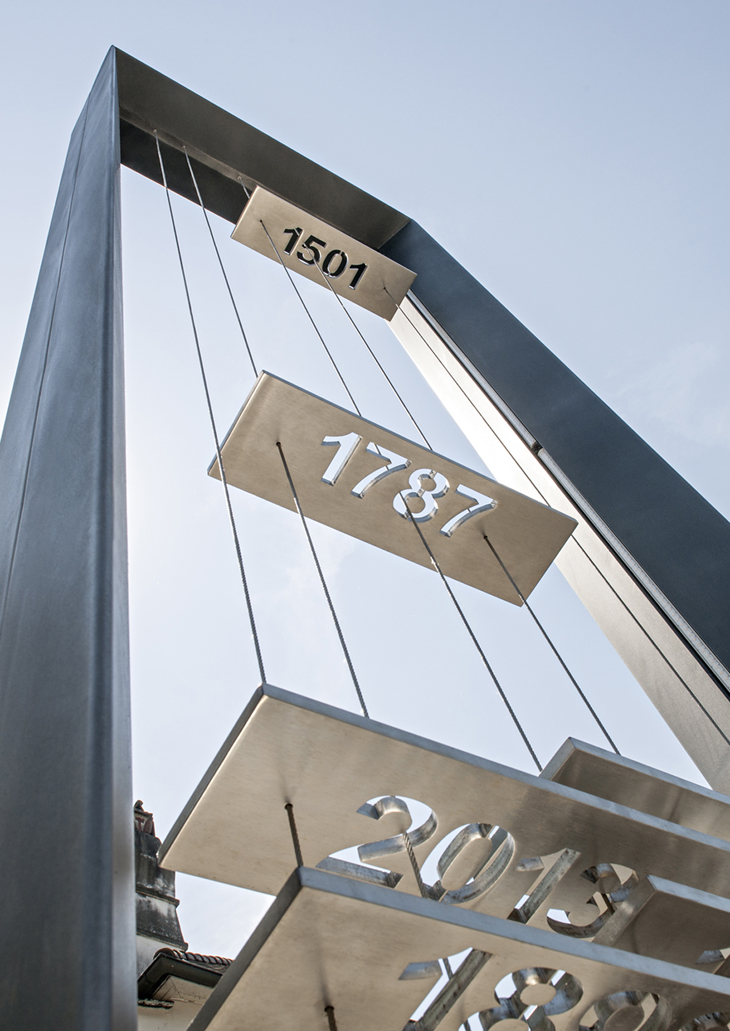 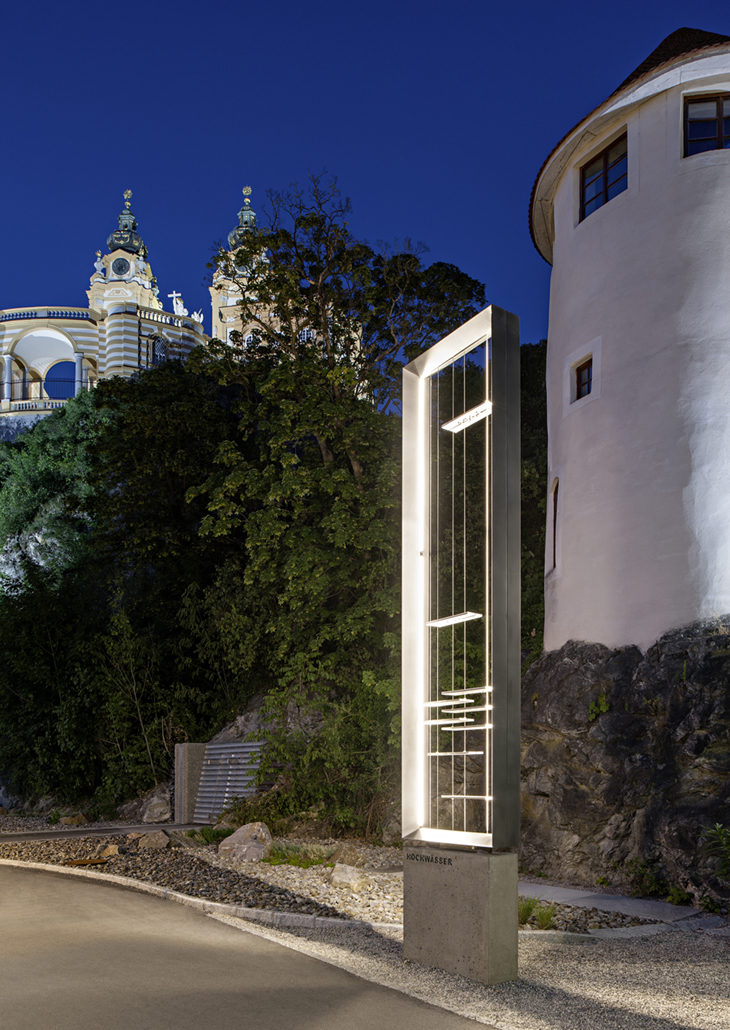 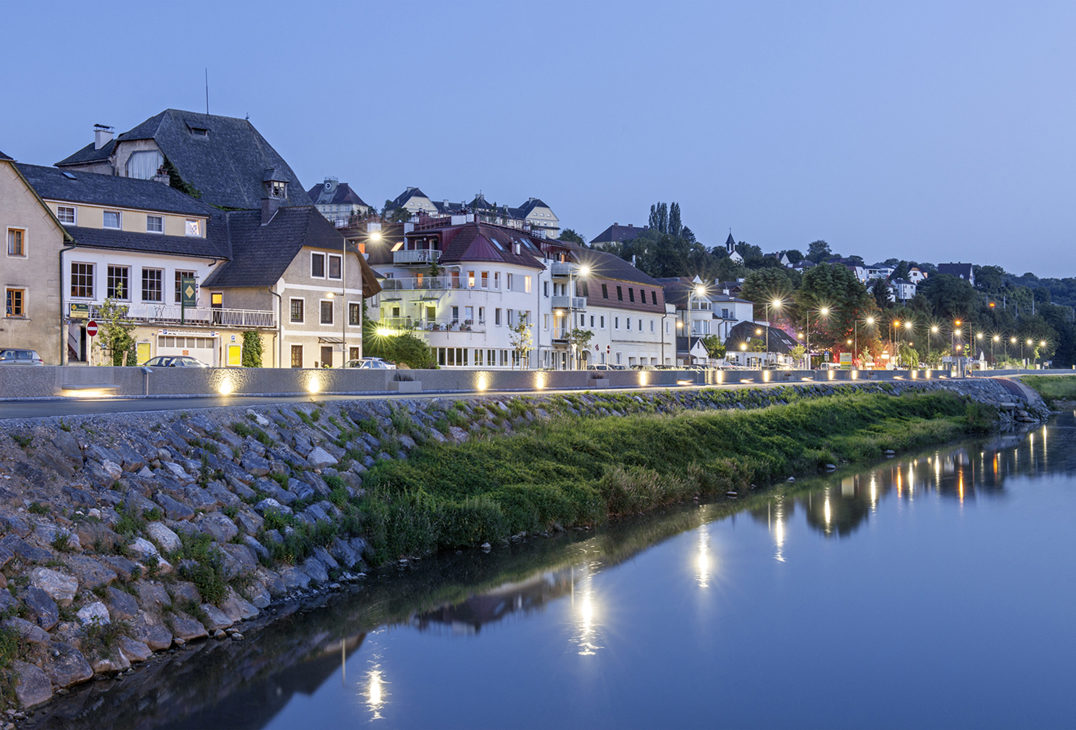 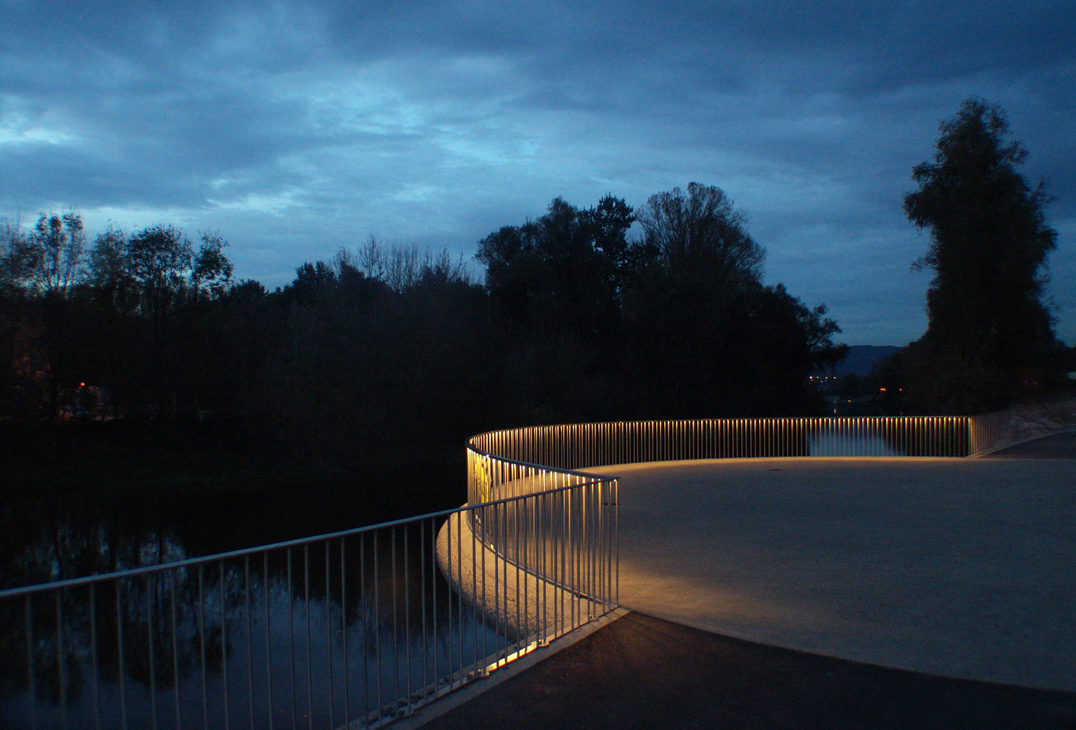 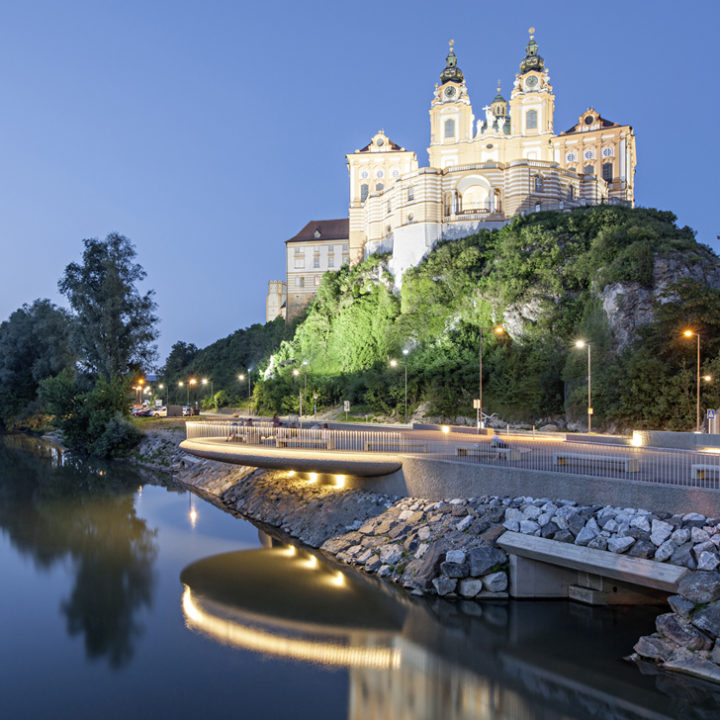 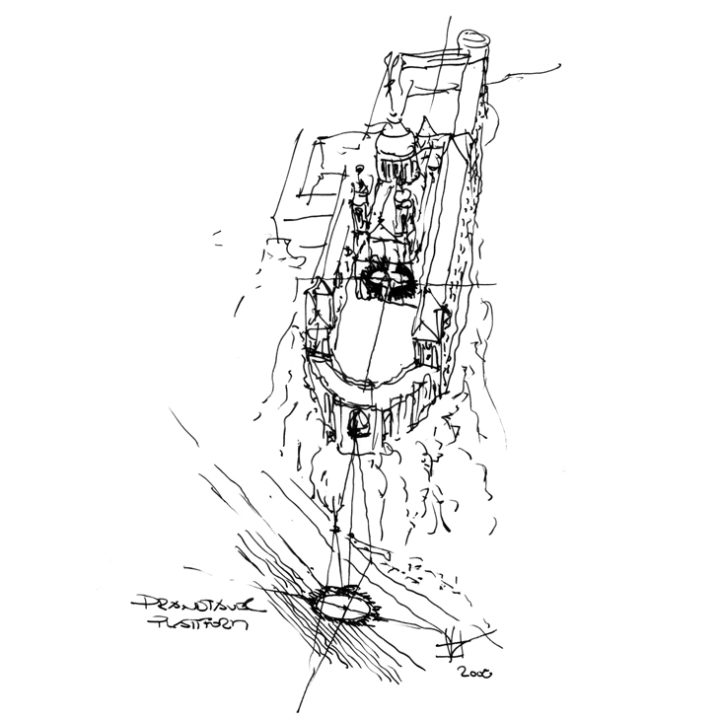 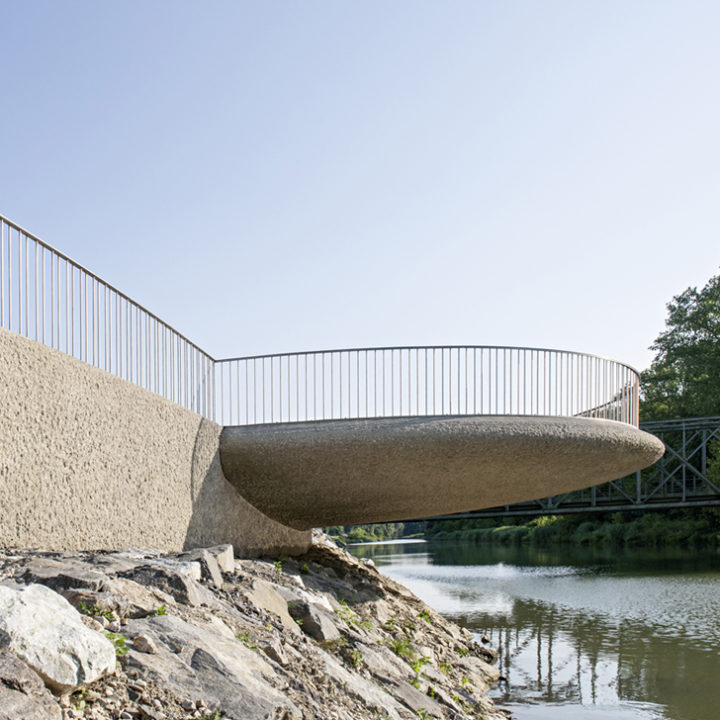 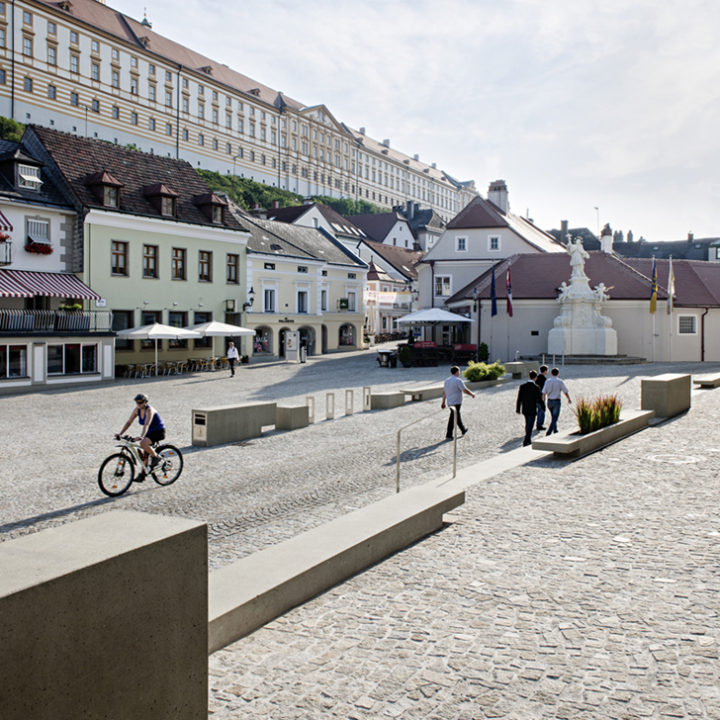 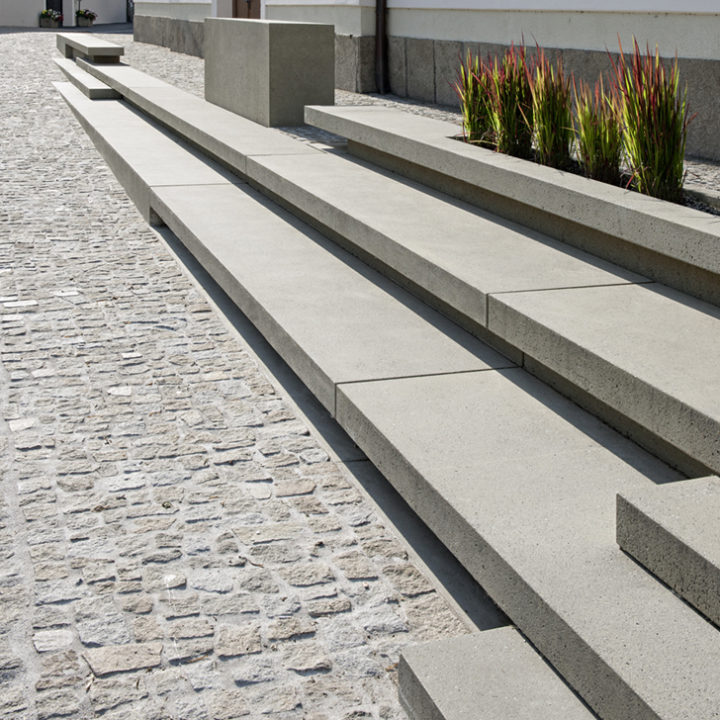 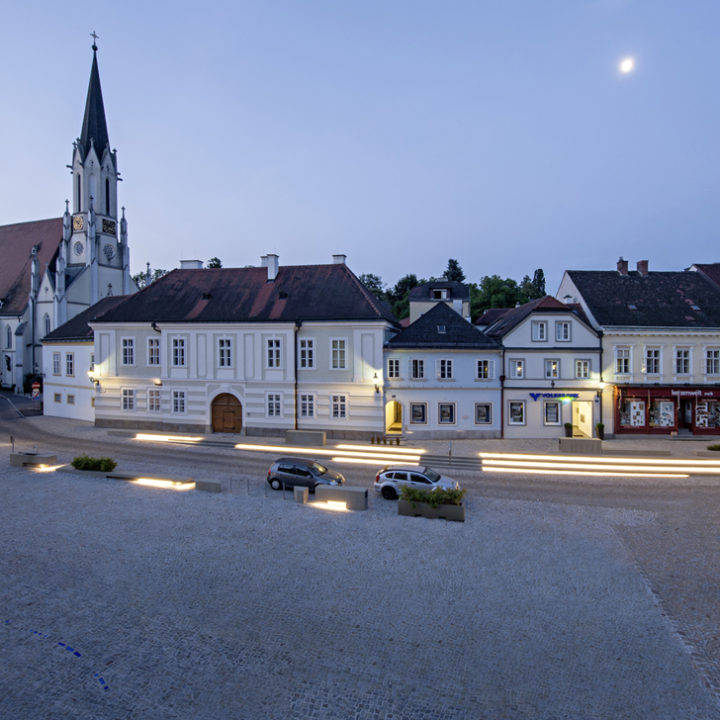 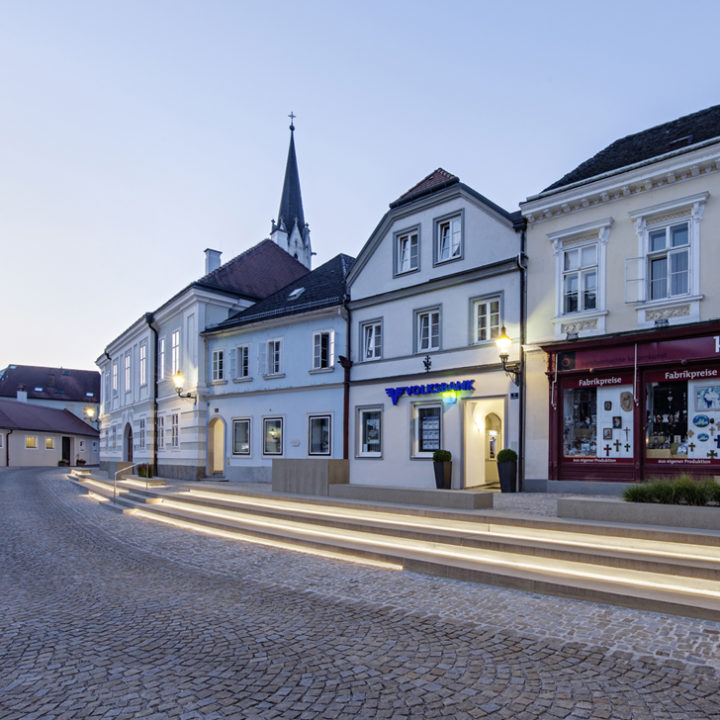 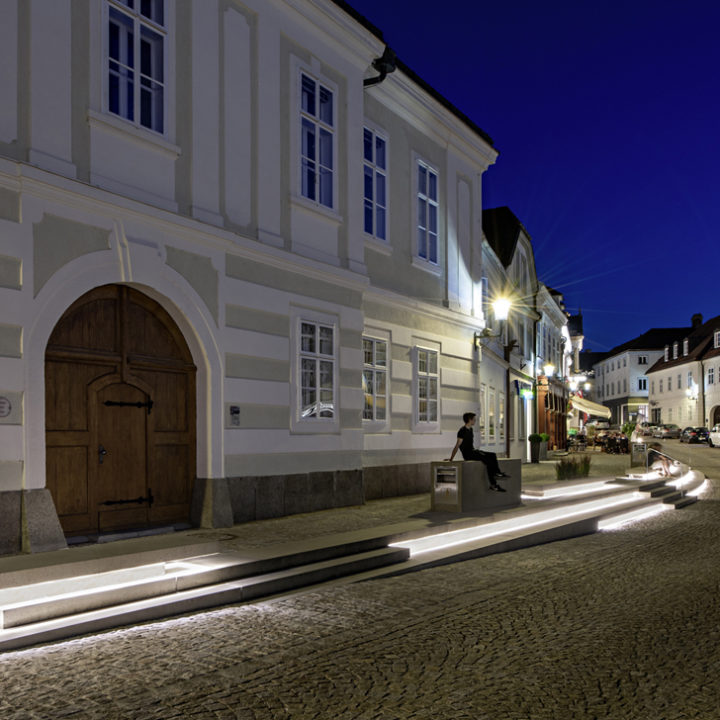 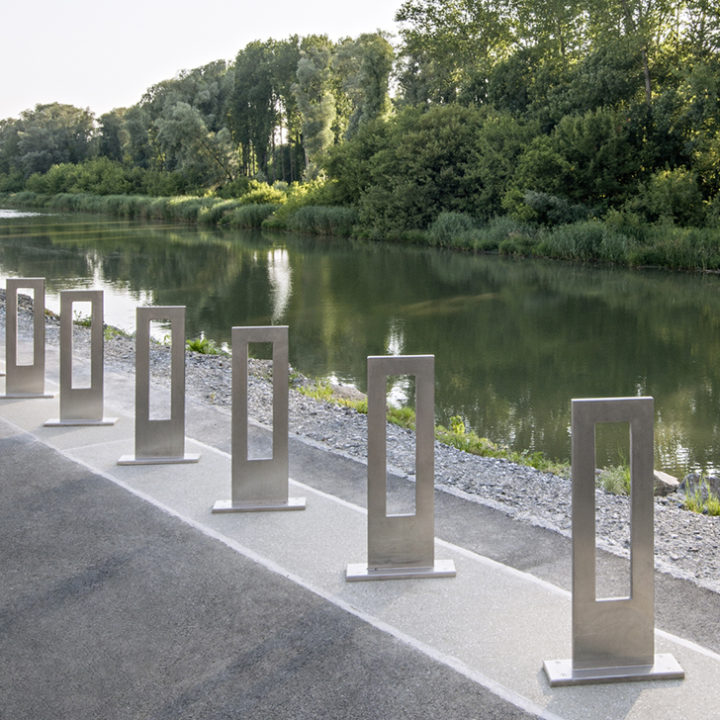 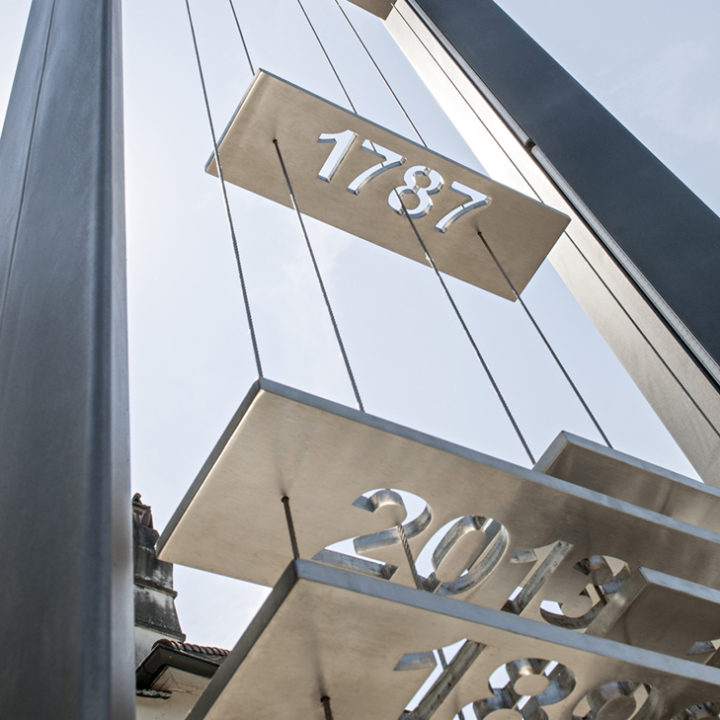 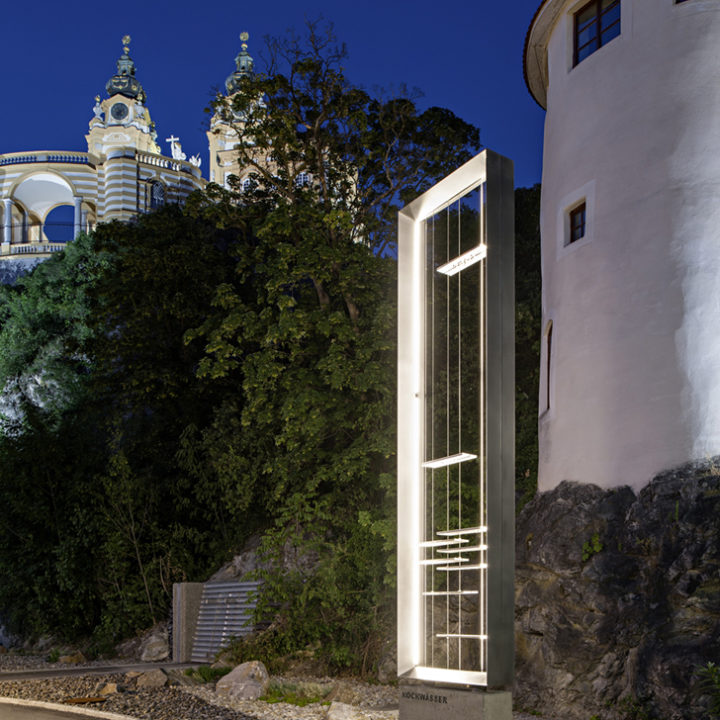 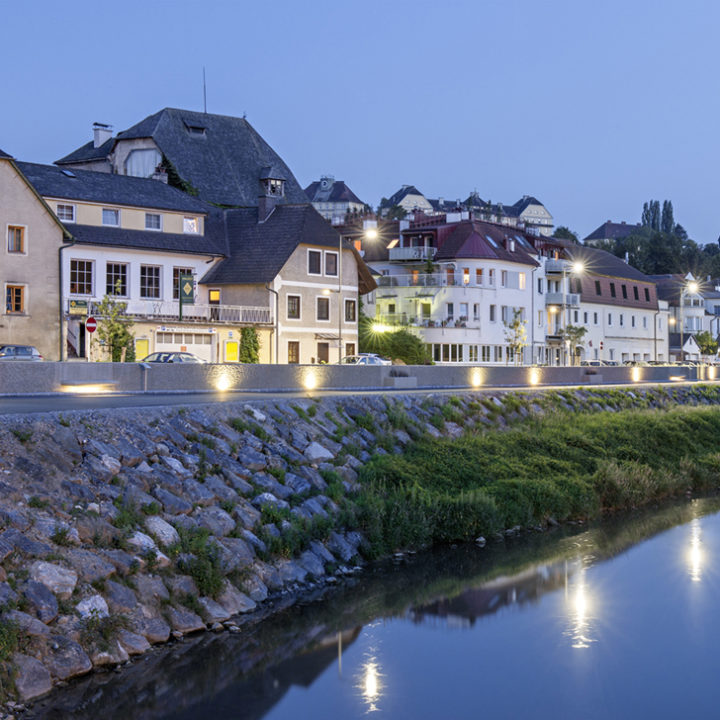 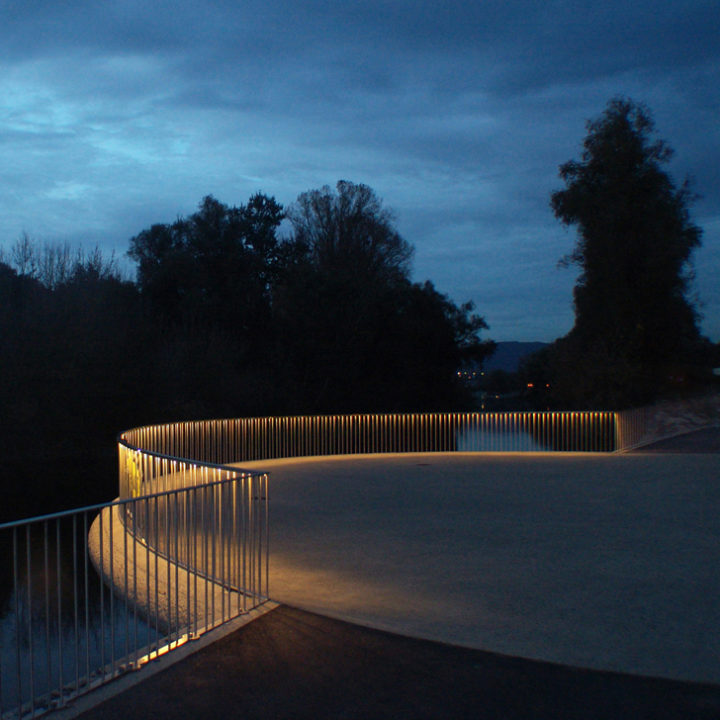